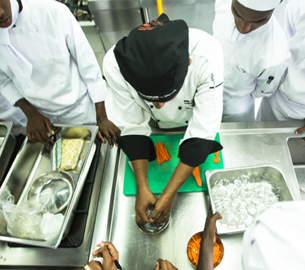 Three renowned chefs – Selvana Chelvanaigum, Head Pastry Chef at Vue De Monde, Sean Collins, Executive Chef at Novotel Brisbane and Volker Marecek, Executive Chef at Langham Hotel in Auckland have visited the Empower Culinary Hospitality and Inspirational School. As experts in the field of culinary arts, these three MJFCF heroes imparted their knowledge and skills and dedicated their time to teach the budding young chefs at the culinary school.

Selvana Chelvanaigum who enjoys giving the traditional dish a modern twist, and boasts more than a decade of experience in patisserie, gave the students a lecture on desserts and demonstrated the art of sugar work, piping techniques and chocolate work with cupcakes and marshmallows. Sean Collins, who has extensive knowledge in handling and procuring food and beverages and as well food production and service, gave the kids an essential introduction to seafood storing and handling. He also conducted a hands-on tea gastronomy lesson at the centre, teaching students how to make tea inspired Japanese scallop on green pea puree, cinnamon spiced tea and vinaigrette and candied spec crumble. Volker Marecek, who was a guest judge on the reality show MasterChef New Zealand and has 15 years of experience as an Executive Chef under his belt, showed the young chefs how to make fresh pasta and how to whip up a tea inspired Pasta Meat Strudel with fermented Ran Watta Tea.

During their visit, the three chefs cooked a delicious meal for the kids at the National Centre for Cerebral Palsy and Developmental Disorders. They, got together with the students of the Empower Culinary Hospitality and Inspirational School to prepare a phenomenal afternoon high tea for the grand celebration held to commemorate the First Decade of MJF Kids. The dishes included, but certainly weren’t limited to: scrumptious salted caramel lollipop macaroons, green tea and jasmine flower dusted poached salmon on crostini with apple relish and lively lime and orange sago pudding with citrus crisps. 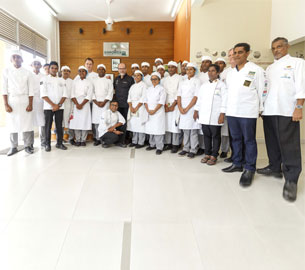 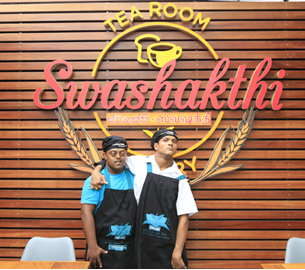 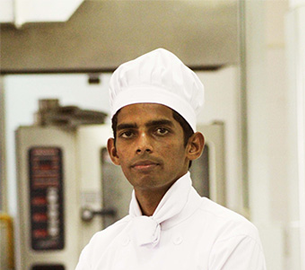 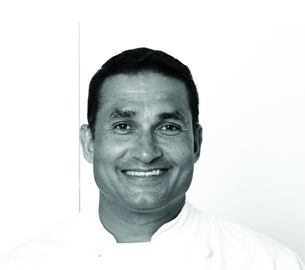 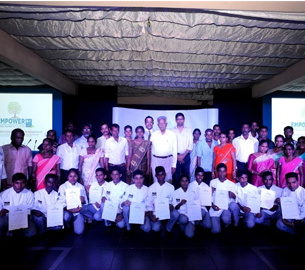